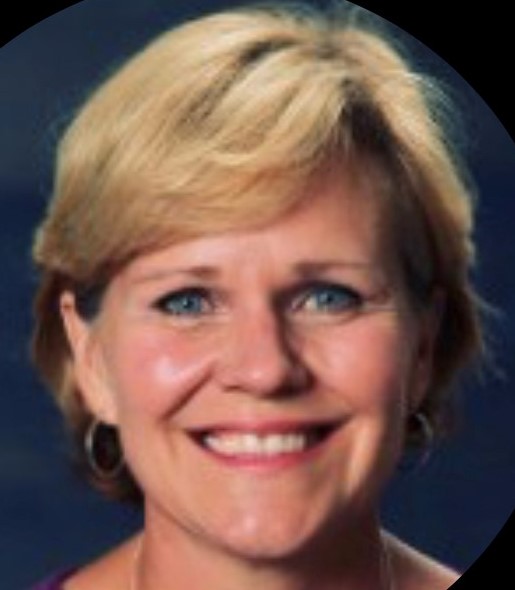 Deana joined the RPC staff on June 1, 2022 as the Director of Children’s Ministry.
For the past 18 years, she has taught kindergarten at Palmetto Christian Academy, First Presbyterian Greenville, and Shannon Forest Christian School.  She just completed her 11th year at Camperdown Academy, a school for bright students with dyslexia.  For the past few years, Deana has served as a community volunteer for Augustine Literacy Project, offering free reading tutoring to underprivileged elementary students in the upstate.  She shares that helping struggling readers succeed and sharing the love of the Lord with children fills her heart with joy.
Deana has been happily married to her college sweetheart, Jim, for 32 years, and they have two sons, Reeves (25) and Thomas (22).

Leigh has been on the staff since August 2003 when she was hired as the church secretary.  She held this position until January 2006 when, in addition to continuing her duties as financial secretary, she accepted the position of Director of Music Ministries.  She has served as an organist, pianist, and music director at other churches in Greenwood since the age of 15.  Leigh is married to Al Gambrell, former organist at RPC.  After their retirement from the music ministry at Rock in August 2020, Leigh remains on staff as part-time financial secretary.  She is also currently serving as the Interim Music Director.

Al Gambrell
Interim Organist
Al was a school teacher for 34 years, teaching grades K-8 and working as a literacy coach and reading coach.  He has also served as the organist at many churches in Greenwood, including RPC.  He retired from his teaching and music ministry careers in 2020.  He is currently serving as the Interim Organist at Rock.

Sandra Hix
Interim Church Pianist
Sandra serves as an occasional pianist and director for the 11:00 a.m. worship service and as a member of the RPC Praise Band at the 9 a.m. worship service.  Sandra and her husband, Jeff, became covenant partners of RPC in December 2018.  She is a native of Woodruff SC and moved to Lake Greenwood after retiring from a career in computers.  Jeff and Sandra have three adult children and one granddaughter.  Sandra has been involved in church music ministry her whole life, including playing piano, singing, and directing adult, children, and youth choirs.

Melanie joined the staff in April 2012 as church secretary.  Prior to joining the church staff, she was administrative assistant/personnel director at Covenant Way Retirement Community in Due West, SC.  She grew up in Due West, graduated from Dixie High School, and received her Associate Degree in Business from Piedmont Technical College.  She and her husband, Tony, have six children and twelve grandchildren.  Melanie enjoys reading, walking, and spending time with her family.

Margaret Moore
Parish Nurse
Margaret is a registered nurse, a graduate of Greenville General Hospital School of Nursing, has worked at Self Regional Healthcare since 1984 and now serves as our church nurse.  She has experience in medical and surgical nursing.  Most of her time at Self was in the Neonatal Intensive Care Nursery with 13 years in management as the Nursing Director of that unit.  She is retired but continues to work occasionally in outpatient surgery and volunteers for HospiceCare of the Piedmont.  She is married to Stan Moore and enjoys grandchildren, traveling, fishing, kayaking, but mostly working with people and being available to assist with health care needs.

James Williams served the church for twenty years.  In August 2019, the Session, to honor his service, named James as Sexton Emeritus. Prior to his employment with us, he served the local Greenwood community for thirty years as a school teacher.  James is married to Armetta and they have one adult daughter.

David joined the RPC staff on May 1, 2022 to serve the church's custodial needs.  He has been a member of the church for five years and has been involved in many activities of the life of the church and serves on the Buildings and Grounds Ministry Team.  When not working, he enjoys fishing and restoring old cars.